For more than thirty years, Charles M. Lim, M.D. has successfully contributed his skill and expertise to helping High Desert Medical Group offer the best in healthcare to all Antelope Valley patients.

Dr. Lim, (who is also fluent in Burmese and Chinese), received his intensive clinical training from the University of Health Sciences Chicago Medical School where he fulfilled his requirements for Internal Medicine. While at the Chicago Medical School, Dr. Lim obtained excellent experience in Geriatric Medicine, Cardiology, Critical Care Medicine, Outpatient Gynecology, Emergency Medicine and minor surgical procedures. He received his Board Certification in Internal Medicine in 1987 and his Board Certification in Geriatric Medicine in 1992.

In 1986, Dr. Lim brought his extensive training and innate compassion for helping people to High Desert Medical Group, where he currently serves as Medical Director. Throughout his tenure with HDMG, Dr. Lim has been instrumental in developing innovative programs and services to meet the changing and often challenging needs of a growing health care facility in Antelope Valley.

Over the past 36 years, Dr. Lim has cared for his patients at Antelope Valley Hospital, Palmdale Regional Medical Center, and UCLA. By establishing an electronic medical records system, Dr. Lim helped to increase patient services. His efforts have lead to increased patient services and on-going community events that have a positive impact on the entire Antelope Valley. From establishing an electronic medical records system, to the annual Senior Expo and Life Festival, to partnering with a host of other organizational and health care associations, Dr. Lim has placed High Desert Medical Group in the forefront of leadership in healthcare. 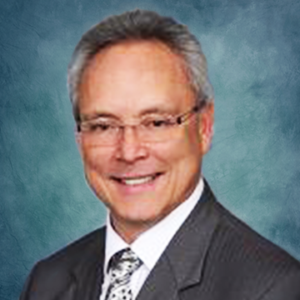 Rafael Gonzalez has been an integral part of High Desert Medical Group's leadership team for over twenty years. As HDMG's Administrator, Mr. Gonzalez provides exemplary executive leadership, directing the overall operation of the most respected medical group in the Antelope Valley.

Mr. Gonzalez earned his Bachelors Degree in Social Sciences with a major in Psychology from Chapman University, California. He continued his education at Chapman University, Orange California, and was awarded a Master's of Science Degree in Health Risk Communication. He also holds Graduate Certification in Gerontology from Chapman University, Orange, California. In addition, Mr. Gonzalez is certified by California State University Bakersfield in Drug and Alcohol Counseling with professional experience in the juvenile detention system. Recently, Mr. Gonzalez earned a master's degree in education with a concentration in adult education. Through this, he became inspired to improve the lives of those disrupted by poverty and founded the non-profit organization, The Paz and Esperanza Project for Relief and Education, dedicated to serving those less fortunate.

In 1989 Mr. Gonzalez joined High Desert Medical Group and rapidly gained extensive experience in Network Development, Medical Group Operations, Sales and Marketing. Throughout his tenure with HDMG, Mr. Gonzalez has fully embraced HDMG's moniker, LIFE -to lead, inspire, foster and educate. He is highly esteemed by all HDMG employees and physicians for his compassion and dedication to deliver the best in healthcare for life to all HDMG patients and their families.

Mr. Gonzalez is committed to giving back to his community and actively serves on several community-based medical and social service boards of directors, including but not limited to: The Antelope Valley Boys and Girls Clubs, AYSO (American Youth Soccer Organization), Antelope Valley Mental Health America, and the American Red Cross. In addition, Mr. Gonzalez has volunteered for the Southern California Special Olympics for many years.

In 1969, Mr. Gonzalez, his father and brother, were cast in "The Wild Bunch", a prestigious American film, which received two Academy Award nominations. Thirty years later, in 1999, the film was inducted into the Library of Congress National Film Registry by the American Film Institute as one of the greatest American films of all time.

Among his numerous accolades and recognitions, Mr. Gonzalez counts the Navy Reserve Employer Appreciation Award, given in thanks for supporting HDMG employees who serve in the navy reserves, as one of his most treasured. 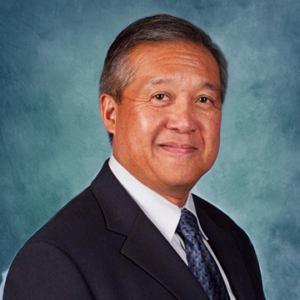 For well over 30 years Don V. Parazo, M.D. has dedicated his life to serving the healthcare needs of individuals as well as entire communities. Dr. Parazo’s commitment to excellence in the practice of medicine is evident in his role as a Board Eligible Gerontologist and Board Certified Family Practitioner, as well as in the numerous leadership positions he holds both here at High Desert Medical Group and throughout Southern California.

Before Dr. Parazo came to California he had already earned his medical degree from Texas Tech University School of Medicine in Lubbock, Texas and performed his family practice residency at R.E. Thomason General Hospital in El Paso. When he completed medical school, Dr. Parazo was awarded a naval Health Professions scholarship. He then went on to serve our country in the U.S. Military where he held the position of Chief of Family Practice at El Toro MCAS in Santa Ana, California. At that time he also maintained a Family Practice office at Long Beach Naval Hospital. When he left the Navy, Dr. Parazo had reached the rank of Lieutenant Commander.

Within the Antelope Valley community, Dr. Parazo is well known and respected as a publically elected official on the Board of Directors for Antelope Valley Hospital District. In his many years as an AVHD Board Member, Dr. Parazo held the position of Chairman for three of those years and currently serves as the Board’s first Vice President. While serving on the AVHD Board in 2006, Dr. Parazo was awarded Trustee of the Year by ACHD, the Association of California Health Care Districts. Shortly thereafter, Dr. Parazo was asked to join ACHD’s Board of Directors, where he currently serves as Finance Committee Chairman and Treasurer. In this capacity, Dr. Parazo is part of the Core Group for the District Hospital Leadership Forum (DHLF), which increased the supplemental funding of California District Hospitals.

Dr. Parazo continues to have a positive impact on the health of Antelope Valley residents in his participation as a member of the Hispanic Chamber of Commerce and the Antelope Valley Partners for Health –Community Healthcare Panel. Likewise, his concern for bridging the gaps in healthcare is illustrated by a keynote speech he gave at UC Davis in 2008 on “Cultural Differences”. In October of 2010, he was honored by AVPH for his community contributions. in 2013 Dr. Parazo was instrumental in introducing the “walkin school bus program” to both Palmdale and Lancaster School Districts. Dr. Parazo currently serves on Lancaster Mayor’s Rex Parris Health and Wellness council.

In 2014, he was again selected as Trustee of the year by the association of California Healthcare Districts. This same year, with the help of Assemblyman Steve Fox, was able to declare the month of May, District Hospital Month, for the first time in the association’s history.

D. Parazo, recently in March of 2016, was honored by CASA (Court Appointed Special Advocate) of Los Angeles for his community service. 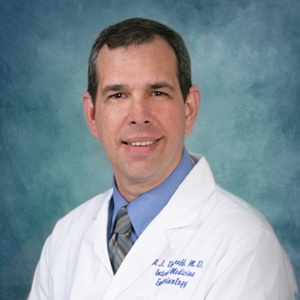 Today, Dr. Dulgeroff is highly regarded as an expert in the care and treatment of diabetic patients. Here at HDMG, Dr. Dulgeroff actively sees patients on a limited basis as an Endocrinologist, and is also HDMG’s Assistant Medical Director. His countless responsibilities in this position are undergirded with his role as Director of both the Quality Management/Quality Assurance and Health Education departments. Moreover, Dr. Dulgeroff is known as the Physician Champion of HDMG’s state-of-the-art Electronic Medical Records system, allowing efficient sharing of patient information that is both safe and cost effective.

Perhaps Dr. Dulgeroff’s most challenging and rewarding role is serving as Director and Principal Investigator, (PI), for HDMG’s Research for Life department, which he spearheaded in 2008. As the Director and PI, Dr. Dulgeroff’s plethora of knowledge and clinical proficiency are demonstrated with clarity as he leads a dynamic team of highly skilled, dedicated professionals focused on patient care and research protocol. Thanks to Dr. Dulgeroff’s astute leadership, HDMG now sits on the cutting-edge of promising drug therapies for millions of people who suffer from diabetes and other life-threatening diseases. 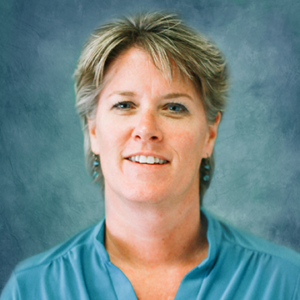 Michele Nelissen has been an integral part of High Desert Medical Group’s leadership team for over twenty one years. She has been instrumental in moving two medical facilities into new locations. In 2012, Mrs. Nelissen was appointed Administrator of the Heritage California Accountable Care Organization – a program dedicated to “accountable care,” which ensures higher quality of patient care, efficiency, and additional support for Medicare Beneficiaries who use the traditional fee-for-service model.

As Senior Vice President of Group Operations, Mrs. Nelissen is currently responsible for product implementation and administration for all lines of business with which we participate, along with directing the overall operation of Heritage Health Care in Palmdale. Mrs. Nelissen also works directly with network development in overseeing the Independent Physician Association for High Desert Medical Group, as well as active involvement in several other critical areas at HDMG such as Provider Credentialing, Eligibility, Health Information Management, and Patient Experience.

Mrs. Nelissen completed her Master’s Degree in Healthcare Management in February of 2018, and earned her Bachelor’s of Science in Business Administration from the Western Governors University.

Dr. Oak seeks to give back to his community and actively serves as a mentor in an urban outreach ministry focused on at-risk youth, juvenile offenders and youth in foster care. He believes that children should have a strong role model and encourages and guides his mentees to be successful in school and helps them as they go through challenging life transitions. 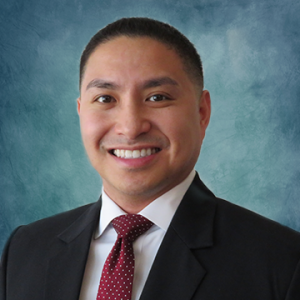 Michael Almazar is a veteran who served as a Combat Medic Sergeant and Practical Nurse in the United States Army. He completed his basic combat training at Fort Benning, Georgia, and his specialty training at Fort Sam Houston, Texas, and at Walter Reed Army Medical Center in Washington D.C. Sergeant Almazar concluded his military career with a tour in Tikrit, Iraq in support of Operation Iraqi Freedom in 2009 in which he was awarded the Army Commendation Medal.

Mr. Almazar earned his Master of Business Administration with a concentration in Organizational Leadership from the University of Massachusetts Dartmouth, Charlton College of Business. He holds his Bachelor of Science in Business Management from Western Governors University.

Mr. Almazar’s passion and experience has contributed to HDMG’s overall mission to improve clinical outcomes for over fourteen years. Starting his career here in 2005 as an In-patient Case Manager, he soon began to oversee Case Management, Durable Medical Equipment, and Clinical Research. He has implemented programs such as HDMG’s Healthcare Concierge—where each patient is given a dedicated assistant to help them navigate appointments, and referrals; the assistants ensure that each patient has timely care and a quality healthcare experience. Mr. Almazar also managed Complex Care and Transitional Care, as well as serving as ACO Clinical Integration Director. Today, Mr. Almazar is HDMG’s Senior Vice President of Healthcare Management where he continues to focus on patient experience, improved outcomes, health & wellness promotion, regulatory compliance, and community partnerships.